Following a relentless first month where the Hawks kicked off their Vanarama National League South campaign with eight games back to back, September will provide the more the same with game after game.

The months worth of action begins on Wednesday when we host Hungerford Town at Westleigh Park in The National League South, kick off is at 19:45. With it being our second Wednesday Night a Football of the season, and no clashes elsewhere we look forward to seeing as many of you as possible turn out as we look to continue our good start to the season.

The following night sees the Young Hawks open up their FA Youth Cup campaign when they take on Winchester City at Westleigh Park, kick off 19:30. These two met three years ago in the competition and it finished 4-4 with Sam Games side winning on penalty kicks, more of the same would be great. Tickets are £5 Adults, £3 Concessions and FREE for under 16’s.

Saturday sees us head back to Kent and re visit one of our National League opponents from last season in Maidstone United. The Hawks will be looking to avenge the 2-0 reverse in March at the Gallagher Stadium, against one of the sides touted by many to be in the promotion mix come April. With no Pompey game taking place that weekend, why don’t you come and travel up and join the Hawks on a famous away, you will have a good time regardless.

Then a week off action before Braintree Town visit Westleigh Park on September 14. Again with no clashes with any other games, we are the place to be for your Saturday football fix and after the game we will be hosting our FIRST Strikers Are Key draw in The Westleigh, you don’t want to miss out on the fun after the full time whistle.

The following Wednesday we kick off our defence of the Hampshire Senior Cup when we take on Portsmouth at Westleigh Park, kick off 19:45, another Wednesday Night Football to look forward to. Ticket details for the game will be released in due course.

On a week which will be dominated by cup games, we kick off our FA Cup campaign on September 21, our opponents are still to be decided.

The  our month on the field finishes on September 28 when we take on top of the league Wealdstone at Grosvenor Vale, kick off 3pm. The Hawks took all three points on our last visit two years ago with a gritty 1-0 on a warm summers evening. 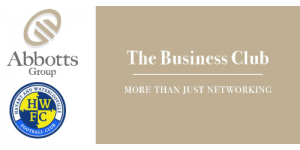 Off the field, The Hawks Business Club will be meeting on Monday September 16 at 11am in the function room at The Westleigh. There are industry-related talks followed by open business networking over lunch, with guests also invited to the event.

The Westleigh have four brilliant bands performing on each and every Saturday of the month. Soul Patch perform this Saturday, September 7 before Fantastic Planet on September 14. A week later it is the turn of The Business before the final band of the month The Italian Job perform on September 28. All live bands will start their performances from 9pm unless otherwise states.

So another busy month around the football club, hope that you can join us all for it.